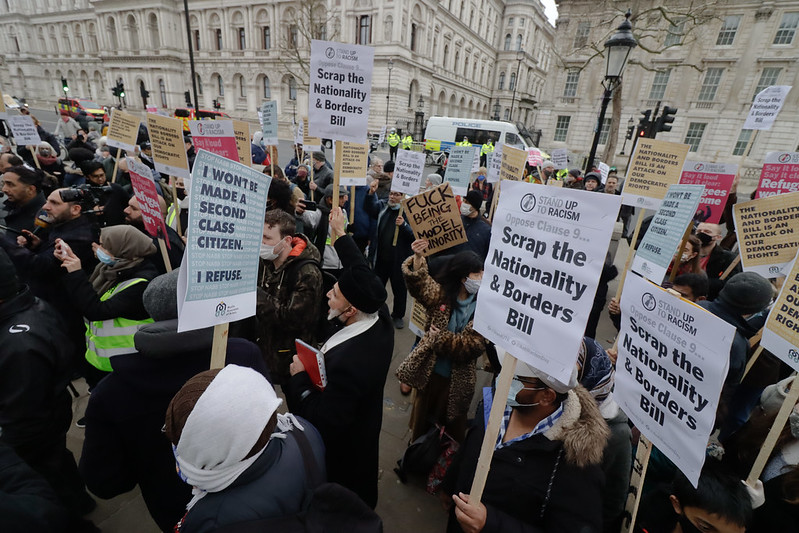 SDS is ready for another year of fighting for the rights of migrants against an increasingly hostile environment. Facing a range of repressive policies – from the recent opening of the new detention centre for women (Derwentside IRC) to possible offshore detention camps – building solidarity against borders and prisons is more important than ever.

SDS member Maya sat down with coordinators Nicki and Kachi to reflect on SDS’s work and plans ahead for what’s to come.

What are some of the biggest moments that SDS has gone through in the last year?

Nicki: A lot of the past year has been building back from the pandemic, and thinking about what the new direction for SDS might be. During the pandemic, we weren’t able to visit in person and the nature of visiting and organising changed.

A key moment last year was the #TUIDropDeportations campaign, which was started by SDS a while back. There were some really big actions recently and that was really cool because it was something that SDS kind of started but then took a life of its own. That’s the best thing when a movement or campaign grows. So many different groups joined that coalition and made it a lot better than it would have been if it was just SDS doing it. As far as we know, TUI hasn’t run a deportation flight for 6 months, when they were very regular before, so as far as the campaign went, that’s a big win.

You said the nature of visiting is shifting and part of that is because the policies are shifting. Now people are being detained in different types of accommodation like military barracks and hotels. SDS is also considering visiting people in prisons. Can you talk about that context and how SDS is responding to it?

Nicki: It’s really difficult to keep up with the different ways in which the state is expanding the detention estate and the way it shifts from being concentrated in a certain type of place like the detention centre into, for example, hotels. For a while, we were thinking whether we should be supporting people in hotels because although the Home Office is saying it’s ‘accommodation’, in many ways it’s just the same as detention. There are increasingly more people being detained in prisons where they are less reachable.

I think it’s important for SDS to find out and respond to the new ways the Home Office are trying to detain people and especially where that violence is not so visible. Detention centres have become more and more visible over the past five years or so, so there’s lots of visiting groups that have sprung up attached to those detention centres and there are now quite a lot of visitors. But some of these groups may have a limited remit or criteria that only allow them to support certain people.

As an abolitionist group, with a lot of flexibility in terms of who we support, it feels important for us to show practical solidarity with people who might not be able to access support from other groups because they don’t meet the criteria or are deemed not as vulnerable in some way.

We’re also currently facing an unprecedented assault through the series of bills and policies this government is trying to pass. How would you summarise the threats to the life and rights of migrants in this country at the moment?

Kachi: We talk a lot about the Nationality and Borders Bill, or the Anti-Refugee Bill, because what it threatens to do is criminalise asylum seekers and put them into classes depending on how they arrive to the country. We know that life is already tough for people in the global south. It’s a horrible, classist, and racist thing where you can be kept from reuniting with your family or be forced to face destitution because you don’t have access to public funds, which a lot of migrants already don’t have. It also criminalises people who are trying to help. Although there are some exemptions, like for the RNLI, people could still end up being imprisoned for helping migrants reach safety. So it threatens not just migrants’ lives but the lives of those who stand with them.

Then there’s the Policing Bill (PCSC Bill) which threatens our right to protest and do what is right in blocking deportation flights and taking direct action against the hostile environment. There’s also the Judicial Review Bill which threatens to close our access to the courts to challenge unlawful acts of government. And there’s also threats to the Human Rights Act, which is the basis on which a lot of people fight against government oppression. So there are a lot of legislations coming up that will probably pass this year that in concert turns the UK into even more of a fascist state.

What are some of the challenges and how is SDS resisting?

Kachi: Last year, within SDS we tried to get clued up on the Nationality and Borders Bill and we collaborated with other organisations around the country through the Solidarity Knows No Borders coalition. We attended their conference and some of our members spoke at that to try to energise people and remind everyone that there’s a lot of fight ahead so we need to band together to resist this oppressive government, and also to make sure that we don’t get exhausted because that’s the point of so much of these legislations. SDS was also involved in teach-outs on picket lines during the UCU strike in December.

This year, looking forward, we’re pretty sure the Nationality and Borders Bill is going to pass, just like the Policing Bill (PCSC Bill) and all the others. What SDS is looking ahead to is not allowing it to distract us from the work that we already do because if more people are being funneled into immigration detention and the carceral estate, then it would be even more important that we are there to meet them and not allow them to be isolated by the system. So SDS needs to continue to visit in IRCs, and we’re also moving to visit in prisons. As we’re doing more reading about abolition together, we can share what we learn and empower us in a broader public abolition education campaign.

SDS continues to be part of the Solidarity Knows No Borders coalition, organised by Migrants Organise. There’s also lots of really cool groups like BARAC in Coventry, These Walls Must Fall in Manchester, Abolish Detention – Hassockfield in county Durham, Patients Not Passports, No Borders groups in various cities – so people can join groups wherever they are. A really good thing to do this year is to find even one friend who you know cares and is just waiting to be mobilised and bring them to a meeting – any meeting – because one more person is more than what we need. Hopefully as more and more things that are just and ethical become illegal, it will inspire us to stay ungovernable.

Photo of Protesting the Nationality and Borders Bill by Steve Eason 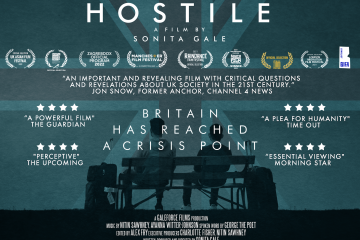 For some, the recent despicable treatment of Ukrainian refugees by the Home Office was a shocking phenomenon. It was inconceivable that the UK immigration system could be so unhospitable. For others, it was only one Read more… 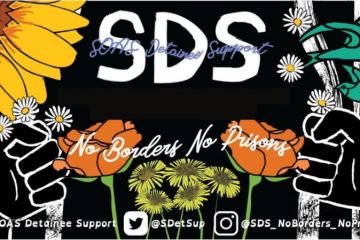 In early 2021, a campaign was launched by a coalition of groups, coordinated by SOAS Detainee Support (SDS), targeting the airline and holiday company TUI. The campaign’s goal was to end TUI’s complicity in the Read more…