“The Stansted 15 refused to say, “there’s nothing else we can do.” Instead, they did everything within their power to stop the charter flight” 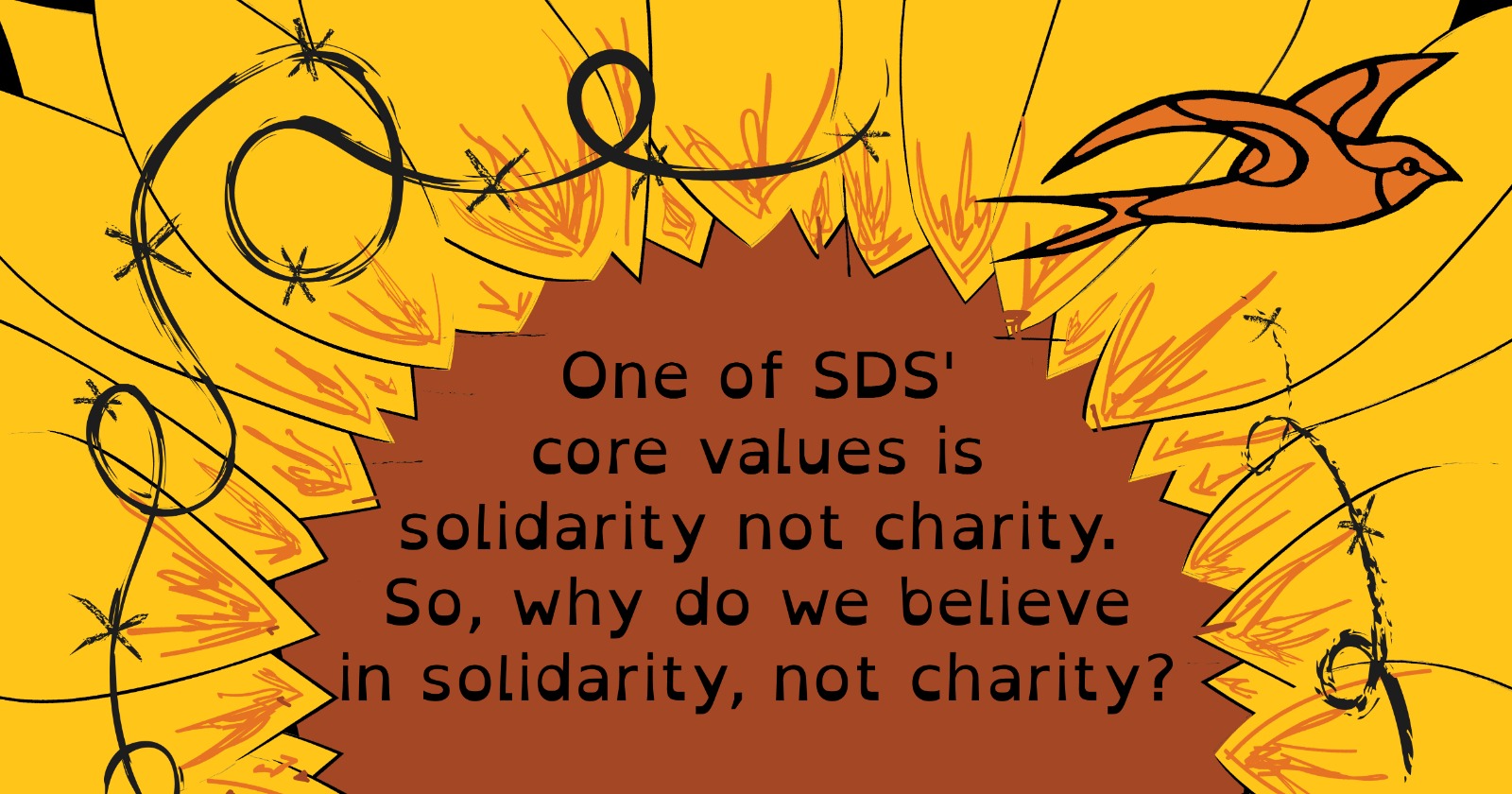 The woman on the other end of the phone breaks down. She is crying too much for me to understand everything she’s saying, but I can clearly hear the words, “please, help me.”

I have to say these words to people every week as they are forced onto planes that will fly them to places where they fear death, persecution, violence and destitution. These are often countries where detainees haven’t been for years or decades, or even in their living memory.

I work for SOAS detainee support, a small organisation that visits and supports people in immigration detention. I speak to people on a daily basis with different stories and different fears, but they all face the same crushing conditions of detention with the added exhausting struggle of fighting to remain in the UK.

Five years ago, an asylum seeker named Isa Muazu began a hunger strike at Harmondsworth detention centre. He faced deportation to Nigeria, where he feared he would be killed by Boko Haram. He maintained his hunger strike for three months, until he was so weakened that his organs began to shut down.

We organised a candlelight vigil calling for Isa’s release. It was December and the hot wax from our candles burned our freezing hands as we gathered outside the Home Office. We read out too many names of those who had been killed, or taken their own lives in immigration detention, and those who were in contact with Isa talked about his story, and his determination to resist his removal.

A few days later, Isa was forced onto a flight and removed from the UK. We felt powerless, angry and heartbroken. We had worked as hard as we could. There was nothing else we could have done, we told each other.

These words seem to echo louder each time I’ve had to repeat them over the years. But honestly, they aren’t strictly true. Because if that person were my mother, brother, or my friend, wouldn’t I try to put my body in the way of their forced removal from this country?

The Stansted 15 refused to say, “there’s nothing else we can do.” Instead, they accepted an inconvenient truth and they did everything within their power to stop people being flown to what they had every reason to believe was their deaths. Yesterday, after spending the last ten weeks in court facing a charge which carries a potential life sentence, they were found guilty under terror legislation of endangering an airport, despite no harm being caused to anyone by their actions.

They calmly walked up to the parked plane that would deport around 60 people to Nigeria and Ghana and locked themselves around the front wheel, and around a tripod behind the wing.

Because of their protest, 11 people are still in the UK today who would have been removed on that flight, four have been referred to the National Referral Mechanism for people who have been victims of human trafficking, and one person has been granted leave to remain.

The vast majority of the people I talk to in detention are afraid and confused. With severely limited access to information or adequate legal advice, there are innumerable barriers to people winning their fights to stay.

The UK is the only country in Europe to allow indefinite detention. Along with being separated from friends and family, the fear of being removed, and the abuses suffered in detention, the psychological pressure that this puts on detainees is devastating.There were two suicide attempts every day in UK detention centres this summer.

Others that I speak to are outraged and justifiably angry and, like the women in Yarl’s Wood who have been on hunger strike for the second time this year, are determined to fight the abuses of the immigration system from inside detention.

Sometimes, our visitors are lucky enough to see the people they are supporting be successful in their fight to remain in the UK. Too often, the barriers to success are insurmountable and the friendships that have built up between visitors and people in detention are abruptly ended by removal.

Recently, we began visiting a young Kurdish man from Iraq. Both his parents had been killed and he was certain the same would happen to him if he had remained at home. He was attempting to gather evidence to add the weight of paperwork to his testimony. Before he could do this, he was dragged from detention and forced on to a plane headed for Baghdad. We called and called to try to make contact with him, but the line was dead. And the visitors who were supporting him are still left wracked by questions about whether there was anything else we could have done.

The Stansted 15 looked our rotten immigration system in the eye and exercised the power they had to stop an injustice against the people on that flight. Not everyone is able to take that kind of action, and it seems clear to me that the decision to use terrorism legislation in this case was an attempt to make this form of civil disobedience even harder. But, after watching my friends politely argue for their freedom from the dock, the words “there’s nothing else we can do” are becoming harder and harder to say. 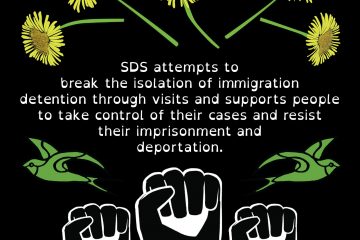 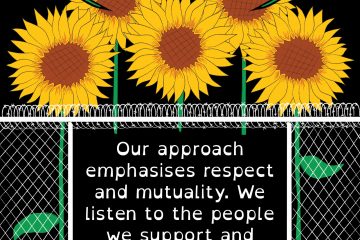 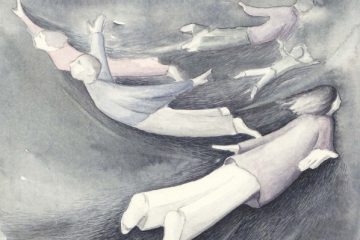 Three weeks ago today, 120 people in a detention centre in Bedfordshire (which holds mainly but not only women) started a hunger strike. It gathered momentum and has escalated into an all-out strike: work strikes, Read more…